When I was in my car accident (October 2008), my life suddenly came to a complete hault! I couldn't work, I had to move back home with my parents (oh, how I'm so grateful to have such amazing parents!), and I had to face a whole slew of imperfection that I wasn't prepared for. We'll fast-forward a bit (partially because I'd rather not even try to remember, and partially because I simply can't remember, the months directly following the accident).


"I do not believe that sheer suffering teaches.
If suffering alone taught,
all the world would be wise,
since everyone suffers.
To suffering must be added
mourning, understanding, patience, love, openness
and the willingness to remain vulnerable."
- Anne Morrow Lindbergh

After living with my parents for the 10 months following the accident, I moved to Tulsa to start graduate school (and live alone, until Jeremy and I were married and he finished school early the following year). I felt that I was ready to try to return to school... and/or maybe I just couldn't cope with the thought that I wouldn't be able to return to and do well in school. I didn't have a clear-cut financial plan, but I was able to get an assistantship lined up a few days before classes started. Everything seemed to be falling into place.

"A man would do nothing if he waited until he could do it so well that no one could find fault." -John Henry Newman

So, I became a full-time student, a part-time graduate assistant, and I was planning a wedding for mid-semester... not the best of ideas, but I was excited and determined... things that I hadn't felt in months. My health didn't play along well with my plans, though.

I felt like I was keeping up well with my classes, so I never disclosed or sought accommodations for my disability... at least not until the end of the semester, when it was "too late." I was scared to death by some of the things that I was feeling for the first time... I'm actually scared to even say it here... I'd never even thought about cheating before I started having so much trouble with grad school. I lost a lot of productivity because of my health, and my brain simply didn't work so much of the time -- I wasn't able to read and/or I'd start reading and have to constantly re-read passages, knowing that none of it was going to my memory... I misunderstood even simple questions... I couldn't think on the spot, which affected my participation in class... I struggled with recalling information on tests, even once I sought assistance and was given more time for testing (it helped a little, but I still struggled so much). I HATED myself for the mere fact of even having thoughts of cheating. I didn't act on it, but that showed in many of my grades. It was an extremely rough cycle.


"Unless I accept my faults I will most certainly doubt my virtues." - Hugh Prather

I did start seeing a therapist / counselor on-campus, but it didn't help at all. I started seeing someone off-campus in the spring / summer, who was able to help me with my PTSD, which had been getting worse (flashbacks, still super-jumpy in cars, etc). It seems to have helped a lot (with my PTSD, but not with coping with chronic pain), though I still struggle with being jumpy in cars.

Anyway, I completed the semester by being placed on academic probation (because my GPA was 2.67, less than the required 3.0). That was a breaking point for me! I know that grades aren't everything, but school and academics has always been "my thing." I've always identified myself, at least in large part, by my intellectual capacity. And, then, I found myself on academic probation?! 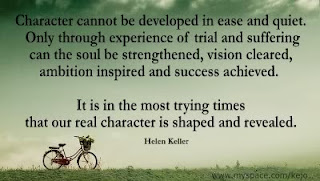 It wasn't even just that... I was barely able to work any hours for my graduate assistantship (I won't even say how few I was able to work because it's embarrassing and heartbreaking to me). Between my migraines, anxiety, and trouble keeping up with classes... I just couldn't do it. Then, the spring semester got even worse! My graduate assistantship was with a different professor. Between her being sick, my health being worse than ever, and lack of communication between us... let's just say that I was chewed out and humiliated several times, putting  things like my dependability and hard-working qualities into question. I hit another breaking point! All of those things that she criticized me about (communication, dependability, availability, and hard-working) are things that I felt confident and proud of myself for being... at least before the accident. Another huge piece of my identity missing.
Back to academics - I worked so hard during the spring semester (on academic probation), and utilized the assistance from the school's center for student academic support - Jeremy and I were married, and he was living with and helping take care of me. I was determined to get myself off of probation. I knew I may not be able to return to school, but I wanted it to be my choice - I couldn't bear the thought of getting kicked out of graduate school (the pain of that thought was even more painful than the thought of not being able to finish the program). I completed the semester with a 3.67 GPA, which raised my overall GPA to 3.17. My health took a huge beating, though.

I decided to take a leave of absence, not knowing if I'd ever really return. It was extremely difficult to make the decision to not return to school to finish the 2-year program (plus internship). There were a lot of different considerations in making the decision, but it was the right choice for many different reasons. Honestly, I knew for a while that I wasn't going to return, but I couldn't handle making it an official decision... I had to work to get to a point of accepting it, first. This kept us in Tulsa longer than we would've liked to have been, but Jeremy was very understanding that I needed to really come to terms with my decision about school before I could leave.


"The imperfections of a man, his frailties, his faults, are just as important as his virtues. You can't separate them. They're wedded." - Henry Miller 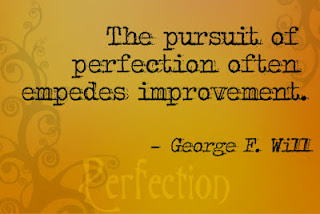 Email ThisBlogThis!Share to TwitterShare to FacebookShare to Pinterest
Labels: (im)perfection, lessons
Newer Posts Older Posts Home
Subscribe to: Posts (Atom)
Disclaimer: Nothing on this blog is intended as medical or legal advice.