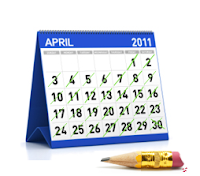 I also really enjoyed the WEGO Health Blog, where I had the opportunity to read other people's posts based on the same prompts. I was exposed to new blogs with some great people. It was a great experience, but I'm glad it's over... for now (I need a break from daily posts based on dictated prompts).
Posted by Jamie at 11:00 AM 4 comments: