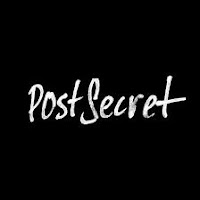 Today's challenge is Post Secret: write down a secret that... really isn't a secret. It can be a misconception about your condition, something people would think you'd be too shy to disclose (but you will), or just something you want to shout from the rooftops. Honestly, I wasn't sure what the Post Secret community/blog was until I read this prompt, so this was interesting.

My secret (that really isn't a secret) is: There is NO cure for Migraine!

Even when someone finds a treatment that is working "well" (this is a relative term), this doesn't mean that they're cured. There's NO magic pill or magic treatment that will just take all the pain away forever. Some treatments may prolong the time between migraine attacks, make the migraine attacks shorter, make the migraines less debilitating, allow someone to function more, etc... but that doesn't mean any of them are cures for Migraine.

Let me use my own experience as an example... I had my neurostimulator implanted in December 2010. Suddenly, everyone expected me to have zero migraines. Any time I had any headache or migraine pain, people would ask, "What? The stimulator isn't working anymore?" or "I thought the stimulator was supposed to stop the migraines?" It's not a cure, it's a treatment. The stimulator has helped some, but my body is still trying to adjust to having it implanted. I'm functioning more than I was before I had the device. Even though it's still not "normal," it's an improvement from the daily misery I had before.
Posted by Jamie at 9:00 PM